The Showroom presents a major new film commission by Lebanese artist Rana Hamadeh, her first solo exhibition in the UK.

Co-commissioned with Nottingham Contemporary and the Institute of Modern Art Brisbane, The Sleepwalkers is a film-play re-dramatising the story of Raya and Sakina, the infamous Egyptian sister serial killers, who in 1921 became the first women to be executed by a legal court in the modern history of Egypt.

The two sisters, along with their husbands and two other male accomplices, were found guilty of the murders of 17 women, most of whom were sex workers. An extensive number of plays, soap operas and books have been produced about the sisters since their execution, reproducing them and their victims as the modern prototypes of female monstrosity emergent from poverty, rurality, immigration, as well as what was perceived to be inherent female depravation and moral apathy.

Through the erasure of the narrative itself, Raya and Sakina’s figures are explored as a structural dramaturgical framework through which to address issues pertinent to Egypt and the broader Arabic context, including the history of the gendering of the justice system and the persistence of the ‘state of emergency’, which can also be read through the lens of gender. The work’s abstract and non-linear script, its dissonant audio track and the constant shifting of its characters, re-choreographs the power-relations between the persistent image of the female monster, the figure of the state and colonial violence, as well as the relations of criminology, epidemiology and theatre.

The case, despite its seemingly non-political nature, was placed at the heart of the nationalist struggle for Egyptian independence after the 1919 revolution against British colonial occupation. A recent claim even suggests that the sisters may never have been killers, but instead resistance fighters against the British occupation, put to death by the pre-independence Egyptian state as a punishment for their political work. Hamadeh’s script is based on a journalistic account by George Owen Hastings, which was published in the Washington Post (D. C.) (Jan. 16, 1921), which explained to an American public how the Egyptian police introduced a whirling trickster into the prison cell of the sisters, coercing them into confession by transporting them into a state of delirium and psychedelia.

The Sleepwalkers is the latest chapter of Alien Encounters, Hamadeh’s ongoing project which aims at further complicating the notion of ‘alienness’, understood broadly as the condition of estrangement with regard to the law. Throughout the project, the ‘alien’ becomes a recurrent figure and a discursive tool that allows for queer modalities of understanding state-sponsored forms of violence and their enabling legal apparatuses.

As in her recent works made under the umbrella of Alien Encounters, Hamadeh’s film-play departs from the claim that justice shall be viewed as the ‘degree to which one can access the dramatic means of representation – the measure to which one can access theatre’. This claim, drawn from an essay by Julie A. Cassiday on the origins of the genre of legal spectacle, proposes an inverted understanding of the notion of justice and its workings: it is not through the exposure to institutions of justice that states, citizens, aliens, corporate structures and military machines take part in a symbolic order of representation, rather, it is through the inhabitation of the theatrical – understood here as a tool for constituting the grammars of image-making – that the construct of justice is established.

This project is co-commissioned by Nottingham Contemporary, The Showroom (London) and Institute of Modern Art (Brisbane), in collaboration with Flat Time House (London) and Primary (Nottingham). The project is generously supported by The Mondriaan Fund, The Embassy of the Netherlands, The Keir Foundation, The Elephant Trust and Maria Sukkar. With additional support from B Squared Foundation, Maya Rasamny and Zaha Hadid Foundation.

Rana Hamadeh will discuss her work and themes in her current exhibition 'The Sleepwalkers', with curator and writer Carolina Rito. 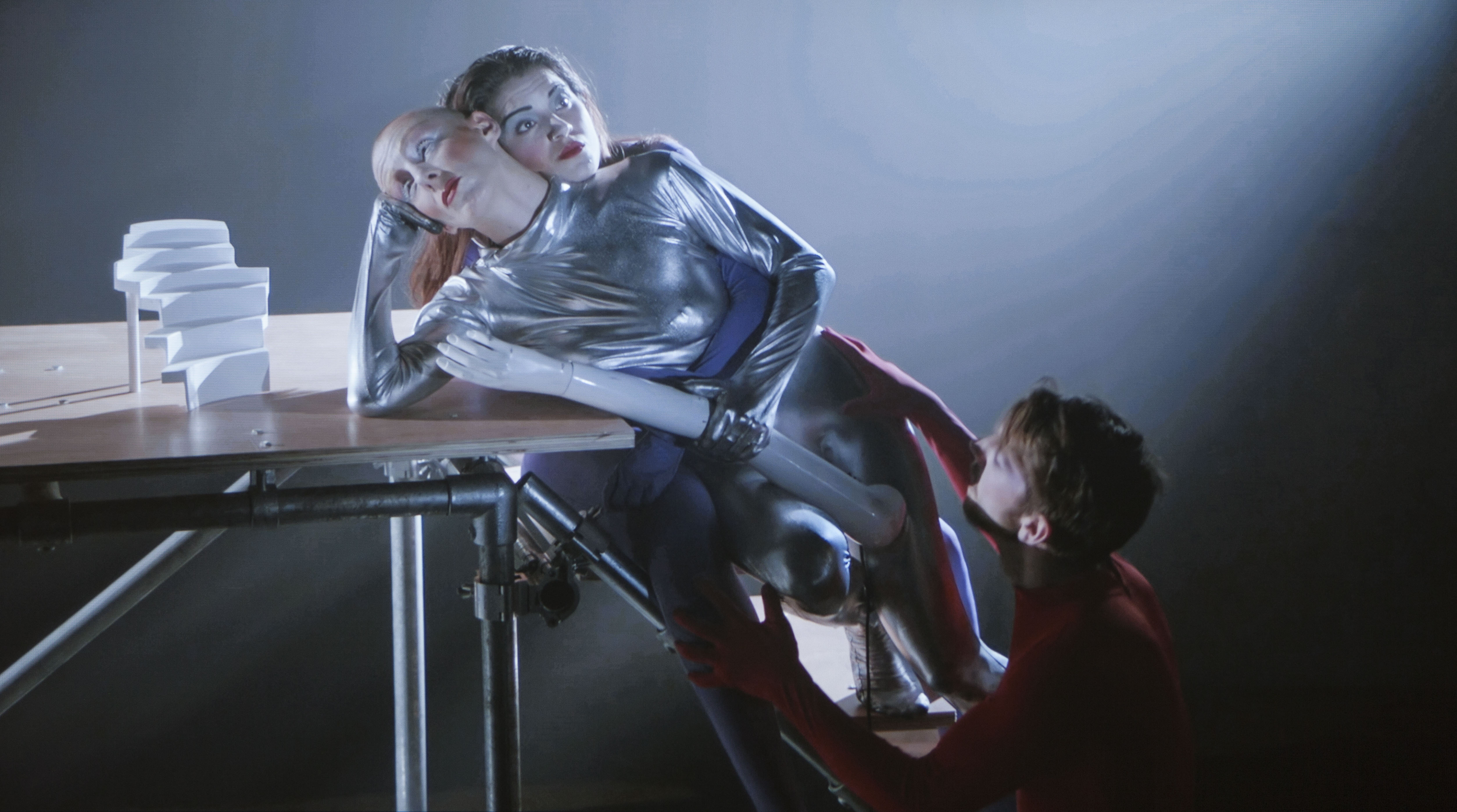